Behind the scenes of the players and their families fleeing Ukraine after the Russian invasion.. Photos 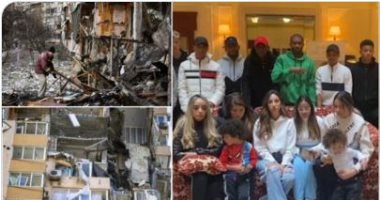 Trapped in the Ukrainian capital, Kyiv, international footballers have managed to get out of the country after reaching the border with their families, after UEFA President Aleksander Ceferin personally intervened.

The players, including stars from Dynamo Kyiv and Shakhtar Donetsk, had taken refuge in a hotel in the Ukrainian capital Kyiv after Russia attacked the eastern European country.

However, as the days passed and the situation in Ukraine worsened, it became clear that they had to leave but could not get out and had to hide in the basement of the hotel.

How did the players escape from the brutality of war? 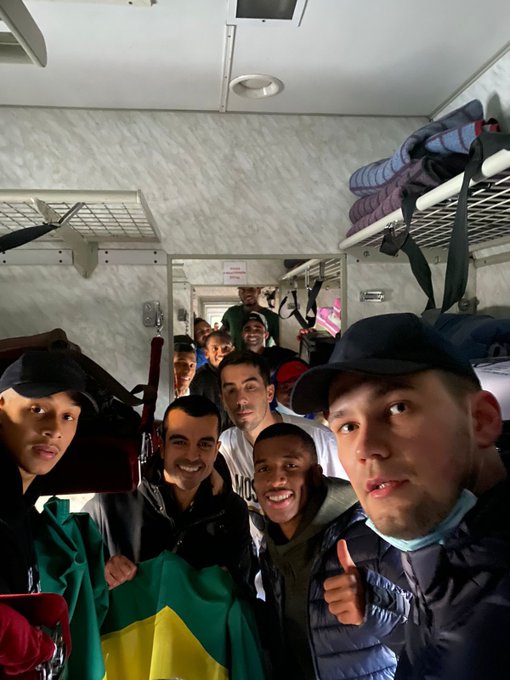 The group, which has a total of 50 people, including 14 players, released a video showing they are hiding in a desperate plea for help from their governments, with food and supplies running out and the Russian army locked down on the besieged city.

But yesterday, the players, wives and children completed his escape, first by bus and then by train to Romania. “Just spoke with Junior Moraes,” journalist Arthur Quezada wrote on Twitter. .

There are dozens of Brazilian players in the Shakhtar squad, including the Brazilian-born but Ukraine international, while striker Vitinho plays for Dynamo Kyiv.

Football players are among more than 500,000 refugees, mostly women and children, who have fled Ukraine for the West.

The agony trip out of Ukraine

Players and their families initially made a short dash in a convoy of cars to the train station, hoisting Brazilian flags from side mirrors and windows in the hopes of identifying them as neutral and ensuring their safety. They feared what would happen if they missed the train and were stranded in the city.

Maria Souza, wife of Marlon Santos from Shakhtar Donetsk, uploaded a heart-wrenching video to Instagram of her charged ride from the hotel, through tears, telling how they were trying to catch one of three westbound trains.

Most of the players boarded the same train on Saturday and were transferred to Chernivtsi in southwestern Ukraine. It took 16 hours. Then they crossed into Moldova by bus, some stayed in Moldova and others took the seven-hour bus ride to Bucharest, Romania, where they arrived on Sunday and began looking for flights back to Brazil.

“Finally, we have time to breathe, but all things are still a bit confused,” Shakhtar’s 23-year-old midfielder Pedrinho said from Bucharest.

This arduous route through Moldova proved to be faster than the independent crossing into Poland. The Brazilian, who plays for Vorskla Poltava, 200 miles east of Kyiv, took four days to reach and cross the border into Poland.

Shakhtar coach Roberto De Zerbe and his eight-crew managed to get out of Kyiv by train to Lviv in western Ukraine.

Former Shakhtar coach Paulo Fonseca, his Ukrainian wife and their son also fled from Kyiv to Romania on Sunday on a mission organized by the Portuguese embassy.

“We thank everyone who helped us,” said Fonseca, who escaped in a 15-seat minibus.

Fonseca’s family tried to leave by air Thursday morning, but all flights were suspended.

The painful situation started from Thursday 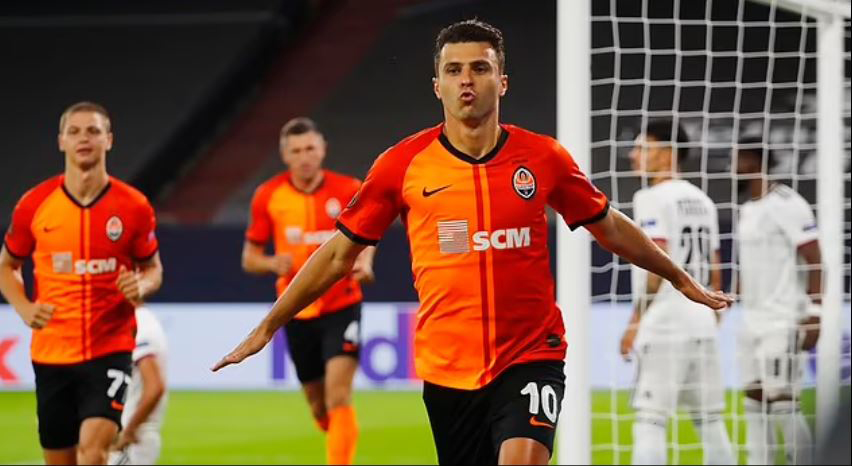 The desperate situation began on Thursday when the Russians attacked Ukraine and the players and families were taken to the hotel by their clubs.

On Friday, they received a letter to go to the train station and board the trains outside the capital but were too afraid to leave without security, and they stayed in the basement of the hotel, where they were woken up during the night by explosions across the city, there was a shortage of food and water and one of the players had a child of. He is only four months old.

Maicon from Shakhtar, 24, posted a short video on social media of deserted streets and rocket fire, and said: “For those who say we don’t want to walk 1.5km to save, how do we do it with children, women, and the elderly we are willing to do Everything is necessary to get out of here, but we just need safety to get to the necessary places in order to leave.”

The President of the European Union intervenes to save them 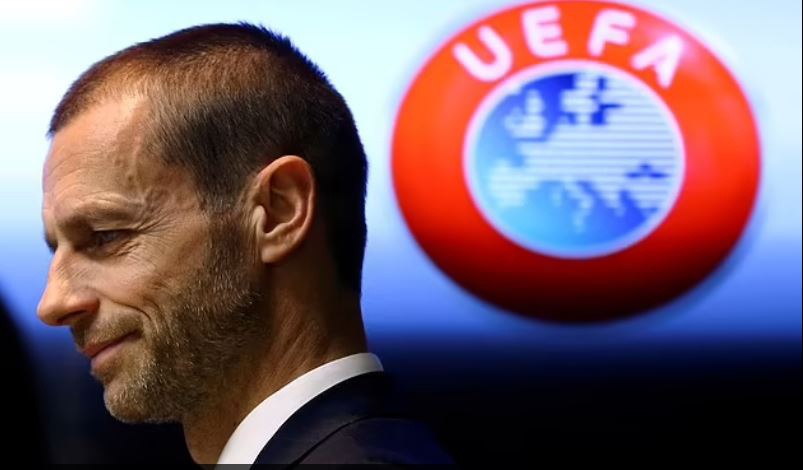 Ceferin saw their plight and stepped in, Ceferin told the New York Times from his home in Slovenia: “I speak to them every hour.”

On Saturday, UEFA football authorities and the football federations of Ukraine, Moldova and Romania gathered to effect the rescue, players and their families were escorted to the station and logistics put in place for the later stages of the journey.

Meanwhile, players and staff left behind at clubs in Ukraine focus on protecting their families, or in some cases taking up arms to fend off the Russian offensive.

“Most of the foreigners have crossed the border, most of the Ukrainian players are protecting families now,” he added, writing from his home in Ukraine.

The Ukrainian Premier League was suspended last week when Russian forces began their invasion after previously insisting they would play, even as the crisis approached but no one expected, in Ukraine or anywhere else, the ferocity and extent of the Russian offensive.