New details: A tragedy in Mexico due to a brutal fight between fans

At least 22 people were injured on Saturday in a fight between fans during a game of the Mexican Football League in Querétaro (center), according to official sources. The Mexican League has announced the suspension of all games scheduled for this Sunday as part of the ninth day of the Mexican championship.

Two people were seriously injured during this meeting between the local club of Querétaro and the Atlas of Guadalajara, said the civil protection services, denying rumors on social networks that speak of several deaths.

The clashes in the stands began in the 63rd minute of the match. Overwhelmed, the few security guards present in the stadium allowed the public to take refuge on the pitch, which caused the immediate cessation of the match. On the pitch, supporters continued to fight as families with children tried to protect themselves. 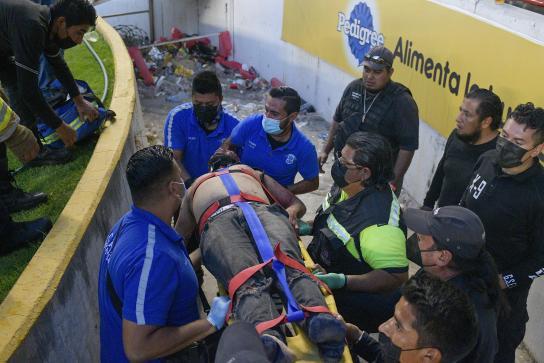 The players then returned to the locker room. Querétaro won 1-0 against Atlas, current champion of the last inaugural tournament.

“Those responsible for the lack of security measures in the stadium will be sanctioned in an exemplary manner,” reacted the president of the Mexican Soccer League, Mikel Arriola. The Atlas club demanded in a statement an investigation to determine responsibilities in the acts of violence. The Querétaro club also condemned these acts of violence in its stadium.

Remember that Mexico will co-host the 2026 World Cup with the United States and Canada.