Paris hosts tonight (9:00 p.m.) the match that decides the champion of the 2021-22 Champions League and that faces two great footballers, Liverpool, and Real Madrid.

The Anfield club announced that both Thiago and Fabinho are recovered from their respective ailments, after fears about them, and are available to reappear."

Officially.. Mohamed Salah is the ninth historical scorer for Liverpool FC with 152 goals 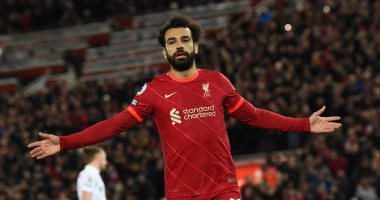 The official account of the Liverpool club, via the Twitter micro-blogging site, celebrated the Egyptian international, Mohamed Salah, the ninth place in the ranking of historical scorers in the Reds, after he scored two goals in the first half of their match against Leeds, which is currently being held at “Anfield”, the stronghold of the Reds, in the postponed match from The nineteenth round of the English Premier League competition for the current season 2021-2022.

Liverpool’s goals were scored by Mohamed Salah (two goals) and Joel Matip in the 15, 30 and 35 minutes, respectively.

Mohamed Salah excelled in the first half and showed a great picture after he was able to contribute to Liverpool’s three goals by scoring two goals and making the third for Joel Matip.

Liverpool wrote: “Here is history, here is the present, here is Salah.. The living legend of Liverpool continues to break records, with 152 goals.. Egyptian King Mohamed Salah becomes the ninth scorer of the Reds throughout history.”

On the other hand, Leeds United occupies fifteenth place in the Premier League standings with 23 points, with only 5 wins, 8 draws and 11 defeats in the competition.

The Liverpool lineup was as follows:

Liverpool is seeking to continue its victories after overcoming its guest Norwich City, in the match that was held at “Anfield” in the twenty-sixth round of the Premier League.

The Reds, led by coach Jurgen Klopp, are seeking to win against Leeds United and win the three points, in order to reduce the difference with Manchester City, the leader, to only 3 points, which brings Liverpool closer to the title, especially if it wins the summit that brings it together with coach Pep Guardiola’s battalion this season.

Egyptian star Mohamed Salah seeks to continue his brilliance with the Reds and his scoring record in various tournaments this season, having contributed 26 goals, scoring 17 and making 9 other goals.

Salah scored his 150th goal with Liverpool during his recent victory over Norwich City, becoming the second fastest player to achieve this scoring record in the history of the Reds, after Roger Hunt to their record in 226 games compared to 233 meetings for the Egyptian star.

The Anfield club announced that both Thiago and Fabinho are recovered from their respective ailments, after fears about them, and are available to reappear."
Virgil Van Dijk

LIVERPOOL star Virgil van Dijk has revealed his dream five-a-side team - and it DOES NOT include any of his team’s strikers.