Liga 1: Summary and goals of the Paris Saint-Germain match against Marseille 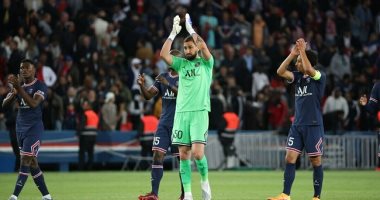 Paris Saint-Germain snatched a valuable victory from its guest Marseille, 2-1, in the Clasico France match, which brought the two teams together on Sunday evening at the Parc des Princes in the capital, Paris, in the 32nd round of Liga 1.
Neymar opened the scoring for Paris Saint-Germain in the 12th minute of the match, and Cleta Carr scored the equalizer for Marseille in the 31st minute.
Kylian Mbappe, added the second goal of the Parisian team in the fifth minute of the match, instead of wasting the match, from a penalty kick.
The “Opta” network, which specializes in monitoring statistics, stated that Mbappe is the most scored in France’s Clasico matches with 7 goals.
In the second half, the video technology “VAR” prevented the Marseille team from scoring the equalizer in the 86th minute of the match, due to offside, scored by William.
With this result, Paris Saint-Germain strengthens the top of the Liga 1 table with 74 points, while Olympique Marseille comes second with 59 points.