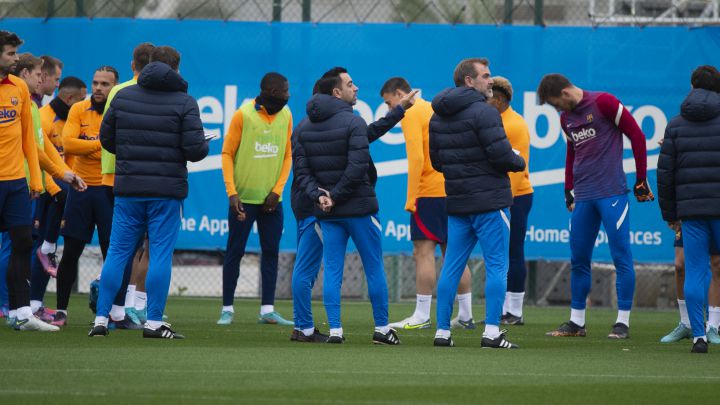 Xavi Hernandez, who lived through a thousand similar battles as a player, decided to take the bull by the horns given the obvious drop-in play in recent games. The coach summoned his players before Tuesday’s morning session to analyze what happened in the match against Cadiz. On this occasion the videos and the blackboard were parked: Xavi wanted to talk and look his players in the eyes, who is just five days had thrown away their chances of winning two titles this season. For the players it was not a surprise, since the coach himself had advanced his monumental anger at a press conference, warning that he was going to speak with the squad.

As KouraGoal has learned, the meeting was marked by tension and forceful messages. And it is that Xavi was fully aware that he had to stop this bleeding of poor results if he did not want to see his chances of qualifying for the Champions League in danger. Hence, he decided to take out the whip and put his players at attention, leaving aside his image of an empathetic and ‘good-natured’ coach. He began his speech by recriminating the mistakes and lack of attention in many phases of the game, with flagrant failures in the marks and when looking for spaces, he also recalled that games are not won with talent alone and that if you do not put the same intensity as the rival, always ends up losing.

He made it clear that he does not intend to allow any more mistakes, whether due to intensity or lack of concentration, between now and the end of the season. In fact, he invited his men to lead an imminent reaction this Thursday, seeking to shake consciences and sting his pride. “I want to see a 100% change, a reaction at all levels; we are Barcelona, we can’t go on like this for another minute,” the coach stressed vehemently during his harangue.

He did not want to single out or single out a specific player – more than one already knew perfectly well the mistakes he made and that they will possibly leave him on the bench in the next game – but he did make very clear the mistakes that the team is making and that they must be radically corrected for the next meetings.

And it is that Xavi is angry about the way the team has played the last four games -the tie against Eintracht and the matches against Levante and Cádiz- and he is not willing to let his men lower their guard for a moment. Who is not willing to give everything on the field, you already know that he has a very dark future on the horizon.

There is no doubt that the return of Ronald Araújo and Gerard Piqué to the eleven will mark the way in terms of the leadership and personality that the team needs to get through the season, at least in the minimum balance of qualifying second in LaLiga, a place that gives access to the Champions League and the Spanish Super Cup.

Thiago, on the list and will be able to play VS...